Stink Bugs can be a major nuisance for homeowners. They can multiply quickly and emit a strong odor that is difficult to miss. These pests are not just found outdoors; they will often find their way inside your home as well.

What are Stink Bugs?
A stink bug is a shield-shaped insect that usually features bright colors or bold markings. They give off a very foul smell when they are handled or smashed. Stink bugs are members of the Hemiptera insect order and are part of the Pentatomidae family. The foul odor that they produce, which is the reason for their name, comes from the glands located in their abdomen. Experts believe that the smell helps stink bugs defend themselves against predators.

How Are They Harmful?
There are several species of stink bugs out there and, most of them cannot bite or sting. Their only method of defense is their foul odor. But there are some predatory stink bugs that will bite humans. Although the bite may be painful, it is not poisonous.

There have been a few cases where people have experienced a burning sensation on the skin after they come in contact with the liquid emitted by these bugs. If you experience a severe reaction to the liquid, you should get medical assistance as quickly as possible.

One species known as the Brown Marmorated Stink Bug will cause allergic reactions for some individuals. These bugs which arrived in the United States from Asia give off an aeroallergen that can lead to issues such as conjunctivitis or rhinitis.

How to Eliminate Them
There are a few solutions that you can buy at your local hardware store as well as DIY solutions online designed for Stink Bug Control. Some common solutions that homeowners often use include.

Contact an Expert in Stink Bug Control for Immediate Assistance
While most stink bugs aren’t harmful, there are some species that may bite or cause an allergic reaction with some individuals. If you have a stink bug problem and no DIY solution seems to work, you should get in touch with the stink bug control experts in Maryland at Viking Pest Control for immediate help. 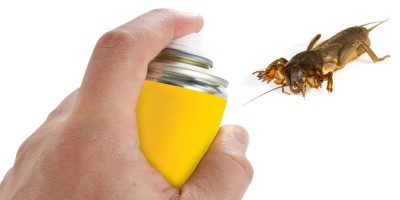 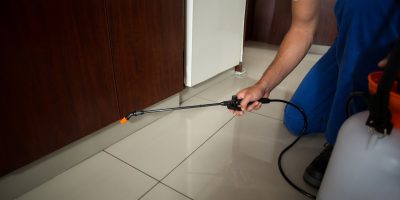